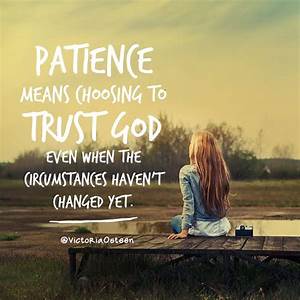 Disappointment. Maybe for you, it’s a perpetual feeling of being lost, frustrated, empty..but at the core it’s a constant feeling of overwhelming disappointment. Life doesn’t resemble anything like you had envisioned. Your marriage isn’t the close, happy one that others seem to experience. You trusted God; prayed to God-over and over and you heard nothing. He didn’t move in anyway that you could clearly recognize, and life has unraveled before your eyes, so you find yourself hopeless, bewildered and disappointed in yourself and in God.

I know exactly how you feel. Trust me on that. I have been swimming in the pool of overwhelming disappointment in most areas of my life over the last several months, really the last several years- struggling to make sense of “why” or “what” exactly was I supposed to do differently so that my life would finally change. Why did it feel as if NOTHING was working when I was trying to do the right thing and do things for God? Shouldn’t at least in this area God move?

At least not how I assumed He would. Not in the way I expected that surely God would open doors for here.

Instead what God did, when I least expected it, He spoke. He spoke into my heart and allowed me to see just how many times He had already moved that I was overlooking and not thanking Him for. Quickly, I listed hundreds of ways that God showed up…provided…healed…comforted… answered in very real and tangible ways, but because I was focused on one area where He hadn’t, I was overlooking ALL that He was and had done. I immediately felt remorse about my behavior and attitude. I couldn’t believe how easily I had overlooked or discounted so many of the ways God was at work in my life. I was grumbling and griping not giving gratitude.

I’d like to tell you the one thing I’ve been focused on was good, or Godly, or somehow had a positive virtue tied to it, but it’s not. It’s completely self-serving and self-seeking. It’s 100% temporary and doesn’t impact anyone else’s life for good in any capacity. In fact, had God granted me this one thing, it likely would’ve destroyed me and any testimony or true kingdom impact I claim to want. It’s funny to find yourself thankful that God knows better and hadn’t given in to my whines and complaints. I found myself so grateful that my good Father who has been dealing with a temper-tantrum throwing grown adult, would continue to be patient with me and not give me the one thing that would’ve ‘shut me up.’

When God spoke to my heart, and I allowed myself to finally see and recognize how much God had already done, I realized that all my wallowing was from a place of self-centered pity. I had allowed Satan to grow lies that God didn’t see me or care about me or want me to take root in my heart. These lies hid God’s goodness and hand at work and prevented me from enjoying or appreciating the doors that had already opened. I had spent so much time and energy dismissing the opportunities because I hadn’t considered them ‘big’ enough…’important’ enough. As the light began to pierce these dark places in my heart, I realized just how wrong and misguided my disappointments had been and I was so ashamed. Ashamed of my behavior and attitude. Ashamed at how much I had missed and not appreciated already.

While I have no idea what you’ve asked God for or what you’re still waiting on God to answer, can I give you a piece of encouragement? I know, it feels like there’s no ‘good reason’ why God shouldn’t answer or move or want you to experience this difficult thing but trust Him anyway. Trust His timing. Believe that when you are ready, something with eternal significance-not temporary-will await you. God wants so much more for you and your life than you can possible comprehend. He wants so much more for mine than I give Him credit. Don’t follow in my missteps but go to Him now and lay your heart bear before Him.

Admit, honestly, what is on your heart and why. Search and see if it’s self-seeking, people pleasing or if the root is truly to honor God and build His kingdom. If it’s the latter, then believe that God is at work, right now, getting everything ready just for you. If it’s the former, like it was for me, ask God to forgive your misguided heart. Spend some time, right now, making a list of all the ways God is already at work. All of the good things He has already blessed you with that you’ve likely been taking for granted. Trust that God cares so much about you that He never wants to give you anything that temporarily might satisfy, but ultimately would bring you death. He’s a good, good Father who gives truly good gifts. Even in your disappointments in how life may not have turned out like you imagined, it doesn’t mean that right now, in this disappointment, He can’t use it for your good and His glory.

Founded in 2017, Rooted Leaders is equipping EVERY woman to reach her full potential by discovering the calling God has on her life through the utilization of proven leadership & biblical principles. Every program is focused on developing her ‘roots’ so that she can lead an impactful and purpose-filled life inspiring others and producing ‘good fruit’ as she grows. View all posts by Rooted Leaders

Psalm 1:3 “That person is like a tree planted by streams of water, which yields its fruit in season and whose leaf does not wither-whatever they do prospers.”

Colossians 2:7 “Let your roots grow down into him, and let your lives be built on him. Then your faith will grow strong in the truth you were taught, and you will overflow with thankfulness.”

Jeremiah 29:11 “For I know the plans I have for you,” declares the Lord, “plans to prosper you and not to harm you, plans to give you hope and a future.”

Isaiah 43:19 “For I am about to do something new. See, I have already begun! Do you not see it? I will make a pathway through the wilderness. I will create rivers in the dry wasteland.”